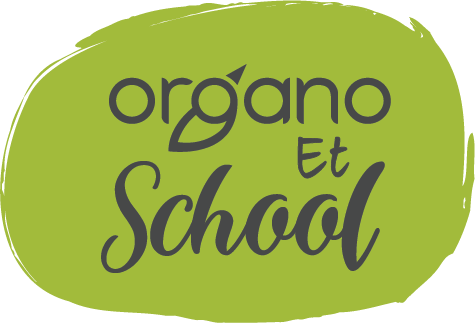 As summer is approaching fast in Hyderabad, session 8 of BAF Spring batch started earlier than usual, on Sunday, at 8:00am. Children arrived early to commence their farm learning on 27 Mar 22 at OES Children’s Farm.

They greeted Shilpa and Venkatesh, their farm coaches, with joy and ran to their farm patches. All the young farmers seem to enjoy the scene at the farm patches, as the seeds they had sown 8 weeks (about 2 months) ago have grown into plants and bore fruits now. Once all of them reached the OES farm, Shilpa called them all to commence the session. She started with describing the importance of flowers, bugs & insects in farming. Insects as agents for pollination play a particularly significant role in reproduction. She showed them different flowers to explain this further.

Next all of them Staked the tomato plants properly so as to prevent the little tomatoes touching the ground. Some of them had missed staking in previous sessions, so they did it from the start. After tightening the ropes tied to the tomato stems, they moved to the next activity of pest control at the farm.

Shilpa along with Venkatesh explained about pests and pest control methods used in Natural farming. They were shown a few leaves infested with pests which had visible signs of pest attacks. This helped children identify any pest attack on their farm patches. Having identified pests, they learnt about various pest control methods like Neem oil spraying, buttermilk drenching, sticky patches etc. Further Shilpa helped them differentiate between pest repellents and pest killers.

Venkatesh demonstrated how to install sticky patches at the farm. These sticky patches help in preventing pest attacks, as they act as traps for bugs and flying insects on the farm. Thus, reducing the chances of pests reaching the leaves etc. After this demonstration, all the kids followed Venkatesh’s instructions and installed sticky patches along the stake poles on their respective patches.

Then came an interesting but slightly tricky activity, harvesting the root vegetables - radishes. Kids learnt to harvest nice long radishes out of their farm patches. The fun part being some of them missing pulling out the entire tuber in one go, leaving behind a broken part of it buried in the ground. Whereas some lucky ones pulled nice long radishes out of the ground and screeched with joy. This joy of harvesting what they had grown and tended to, remained beyond words for some of them and visible as smiles on their faces.

Having done with harvesting, few of them needed to control the pest attacks in their patches, so they went ahead and made Neem oils solution to spray on the vegetable plant leaves. They carefully mixed Neem oil, soap nut solution in proper proportions and diluted it with water under Shilpa’s guidance. They sprayed this organic pesticide solution on the leaves of radish, brinjal and tomatoes in their patches. These plants are more susceptible to pest attack.

Having done these important steps of farming activity at OES Children’s Farm it was time for our young farmers to wrap up another productive farm day by 9:30 am to avoid the scorching summer sun. They all bid goodbye to their coaches and farm mates and loaded the harvest bags in the cars to go home.

We recognize that for any positive impact to be sustainable, it must be long-term and inter-generational. Organo Et School strives to create an apt learning environment that will support and empower families as well as individuals to embrace sustainable living mindsets and habits.

Organo Et School is a learning initiative set up by Organo in 2017 and has been facilitating field visits and workshops for Schools and Interest Groups. Organo Et School has had over 25+ schools, 6000+ students and 2500+ adults participate over the last 4 years.

If you or your children are interested in future Be a Farmer programs, please contact us at oes@organo.co.in and by phone 9154100775 today! You can also click here to express your interest. We will keep you posted on our future farm cycles.